skip to main | skip to sidebar

Of Biscuit Dough and Calories

In our household, we (for the most part) are trying to watch our calories as we prepare meals and consume snacks. It's not as easy as it would seem, as most foods that are tempting are high in calories. We have found that an awareness of what you are eating is the best way to keep track of calories that you are taking in. 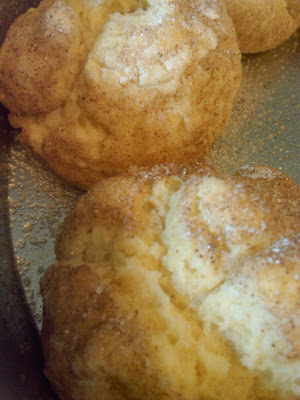 Having said that, I decided today that I would make biscuit turnovers for lunch. My idea was to make biscuit dough, roll it out, cut it into turnover sized pieces, add lots of filling and fold them up. I didn't get too far though....once I calculated calories and realized how many were in 1/8 of the dough (almost 260) I realized that my lunchtime effort was in vain. 1/8 of the dough was not enough to create a reasonable turnover for lunch, let alone a snack.
So...
When life hands you biscuit dough balls, make cinnamon biscuits instead. I rolled each ball of dough in a mixture of cinnamon and sugar and baked them in the oven until they were light and puffy. Now, they are still not calorie free....but they do make a nice snack with coffee. And, I know how many calories are in each little dough ball :)
Posted by Rigby at 2:37 PM

wow taste good! ;)lets eat it with healthy teas and honey in here http://www.careco.com.my
We Care we share ;)

hi, you have nice blog.. u can view also mine..http://akoniwares.blogspot.com

All recipes at Butterbur's Bistro have been tested and tasted. 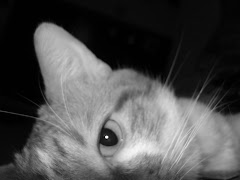 Ah, cooking. Is there any other delight in this world? I am hoping in this endeavor to share some of the recipes and foods that I find delectable (and there are many). Of course, there are the occasional blunders that one stumbles across when cooking (especially when lacking opposable thumbs), but I have high hopes that my posts to this blog will be of the utmost interest to those who take the time to read them. Yours humbly, Butterbur.